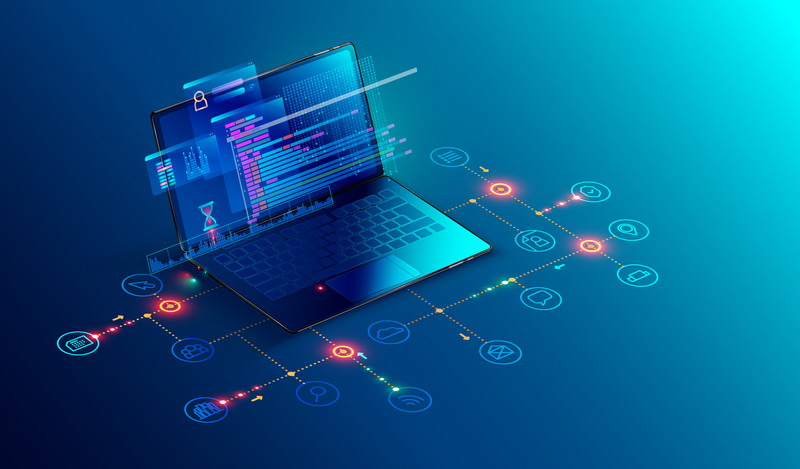 5 Reasons Blockchain and Legaltech Go Together so Well

If you are a big fan of Bitcoin and its many derivatives, we have some news for you: blockchain not just for cryptocurrency anymore. Blockchain technologies are being utilized for all sorts of applications from logistics to video games and practicing law.

Here at NuLaw, we consider ourselves a leader in the legaltech sector. Our law practice and case management software takes what used to be done via multiple software packages and combines it into an all-in-one solution. Moreover, NuLaw combines basic case management functions with the latest deep learning and AI technologies to put our clients at the cutting edge.

A big part of legaltech these days is blockchain. Applications are being developed with blockchain at the core, taking advantage of all of the best parts of the blockchain mindset to improve law practice and case management applications. To that end, here are five reasons blockchain and legaltech go together so well:

Smart contracts within a blockchain scenario are similar to the legal contracts that attorneys are familiar with. However, one key difference of smart contracts is that they execute automatically. We can use them to build automation into case management software so that things get done without always having to be managed by human beings.

For example, we can program a series of smart contracts that track billable hours and automatically use the data to generate invoices and populate billing records. Fulfillment of the first contract triggers the second, and then the third, and so on. It is all made possible through blockchain.

Another key component of blockchain is that it is decentralized at its core. For example, Bitcoin’s blockchain exists as a combination of computer code and a distributed ledger found on multiple computer nodes around the world. No single entity – not even a central bank or government agency – controls it.

The same principle is easily applied in the legal arena. Decentralized blockchain applications can be used to create a more collaborative environment among the various members of a law office. It can be extended to promote collaboration among multiple offices. It can improve collaboration between law offices, courts, and government agencies.

If we have learned anything from blockchain over the years, it is the fact that it invites participation from people who would otherwise not get involved. In the cryptocurrency space, blockchain encourages the participation of investors, exchanges, miners, and every day crypto users.

In legaltech, blockchain technologies invite participation among software developers, law firms, courts, police agencies, and clients. All have a seat at the table, and all can participate in the process by utilizing case management software as it pertains to their needs.

Last but not least, blockchain technology is open source technology. That means it is always evolving as new players take existing platforms and improve on them. The open-source principle is what allows software developers to take Ethereum’s blockchain and create useful applications from it.

Blockchain is changing the world in ways people are not even aware of. It is also changing what we do in the legaltech sector. That’s because blockchain and legaltech go together so very well.

Connect with Us Now

Our team is standing by to show you how NuLaw can transform the way you practice law. Use the form below to reach out with questions and schedule a live demo.

We have received your message. We will reach out to you shortly.